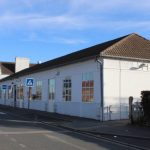 With Project ASPIRE, C3 is engaging with 7 different communities across the South of England and the North of France to survey their environments using CHESS™, with a view to reducing obesity and enhancing employability. There is a clear link between areas of high economic deprivation and areas where obesity levels are high. CHESS™ has provided community members with a different lens to critically analyse their environment and encouraged them to consider the impact of the built environment on their abilities, individually and as a community, to live healthier lives.

The town of Ham was completely rebuilt after the first world War. The city flourished during the middle of the 20th century. In the years 1960-1970, town planning gave rise to the creation of subdivisions and also standard social housing in  the periphery of the city (Plaine Saint-Martin and Saint Sulpice districts). However, in the 80s, Ham was affected by the deindustrialisation affecting all of Western Europe. Unemployment it rose and Ham lost around 20% of its workforce in 40 years without diversifying its economy. In 2015, a revitalisation of the town centre was implemented. square. This includes hosting a high-end sewing workshop since 2017. This workshop aims to train job seekers in the textile industry. This project did not attain all expected outccomes and there are still many vacant shops and empty buildings in the town.

C3 carried out its citizen engagement work in the town, working in partnership with the Maison pour l’Entreprise, l’Emploi et la Formation Santerre Haute Somme (MEEF- SHS) of Péronne and the Centre Social Est Somme (CSES), during the first year of the ASPIRE project. The ideas that were suggested during the feedback session by the inhabitants will inform activities to be scheduled in the local hub and this is the beginning of a process to encourage more residents to think about the changes they’d like to see in their neighbourhood.

The inhabitants of Ham are keen to identify solutions that will allow them to use the space around them to practice outdoor activities and acquire a better knowledge of the local food systems. However, in order to be able to improve health and well-being, it’s essential to strengthen the social bond between inhabitants and to find means of keeping in contact with each other, including them in the process.

C3 uses an innovative process to transfer decision-making to local actors by engaging them in a survey on their health in relation to their environment. At the centre of C3’s civic engagement project is CHESS (Community Health Engagement Survey Solutions), an evidence-based mobile app for Android tablets. CHESS equips neighbourhood residents with tablets to collect quantitative data about local facilities, such as spaces for physical activity and places to shop or eat, such as supermarkets and restaurants. C3 helps neighbourhood residents interpret this data during a feedback session.

CHESS emerged as a result of an international research project in India, China, Mexico and the United States where the built environment in disadvantaged neighbourhoods was being examined. The researchers realised that involving local residents in collecting data on the built environment in their area provided access to their expertise and answer the questions: why are some neighbourhoods ‘worse’ than others and what are the best changes to implement? This allows community-members to understand for themselves the importance of whether or not they have access to a healthy diet, physical activity, tobacco and alcohol. This approach helps to encourage people to think critically about the implications on their health of the built environment around them. In this sense, CHESS™ not only takes into account the causes of NCDs but also issues of equity and social justice.

The CHESS tool collects data by asking questions about existing services, mainly using closed questions; the user cannot advance through the questionnaire until they’ve answered all questions. The questions have been established based on evidence relating to the factors that make a neighbourhood more or less healthy. The tool engages members of the community with regard to various elements of their neighbourhood.

The analysis provided by the CHESS™ process will inform the activity program at the ASPIRE hub and will be the point of reference for consultations with members of the neighbourhood throughout the ASPIRE project.

Setting up the CHESS Walk in Ham

C3 and MEEF-SHS met in person several times, C3 having moved to their premises when Covid restrictions allowed. C3 was able to visit and review the centre of Ham twice with the guidance by MEEF-SHS. It allowed to C3 to develop the course of the walk, to define and list resources existing sites that can be mapped, to locate a place so that the training meeting can take place. During these visits C3 was also able to meet various stakeholders of the project.

To better understand the challenges of Ham’s centre, C3 researched local and national data and analysed maps of Ham to be able to create a digital map of available services. This map was used to deepen our understanding of the challenges that the built environment can represent here. 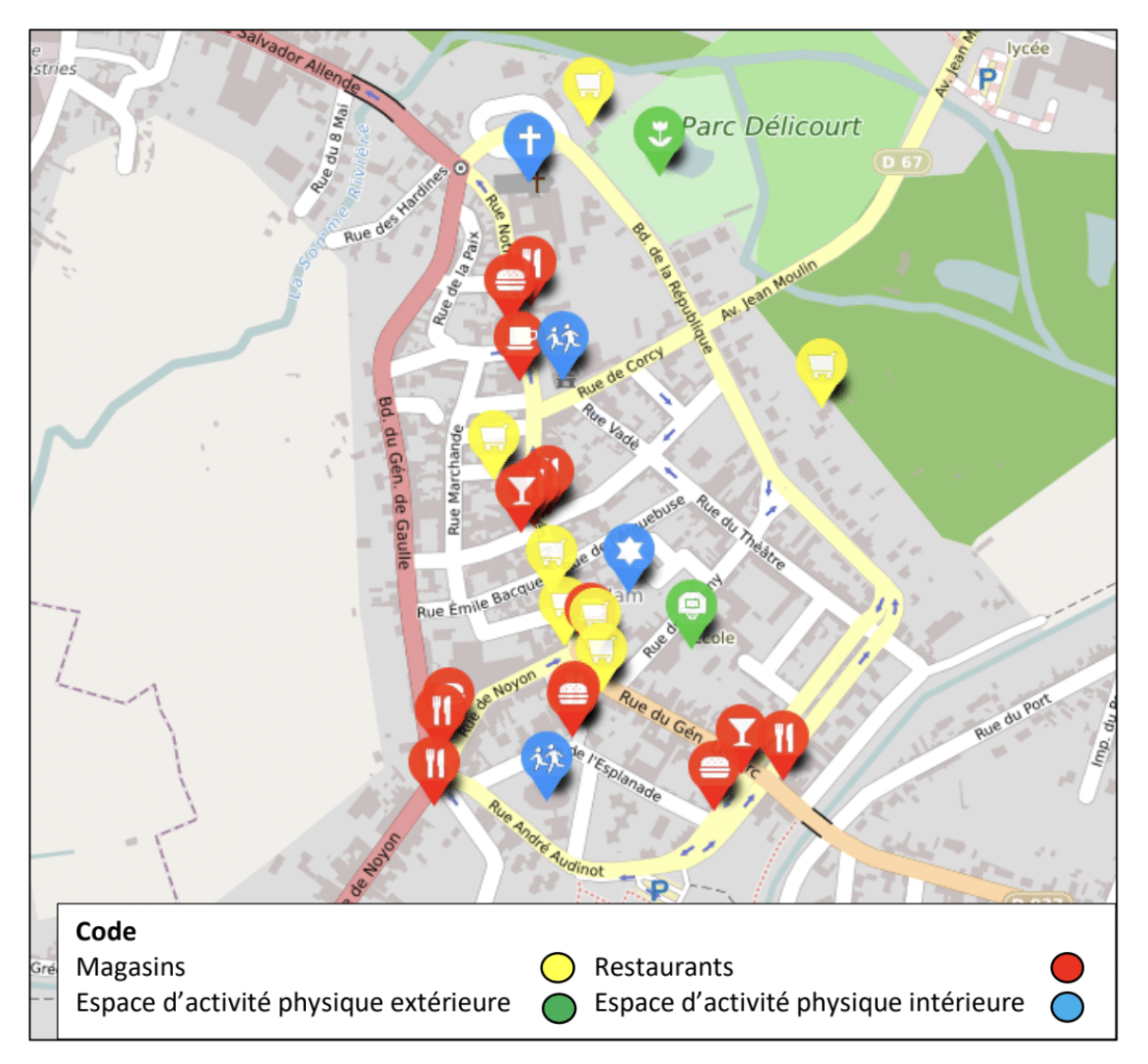 The CHESS™ walk began with a welcome session in the meeting room of the CSES office on Rue Braille. C3 gave a presentation on disease prevention, the risk factors for non-communicable diseases (NCDs) and the influence of the built environment on people’s food and exercise decisions. C3 also encouraged neighbourhood residents to share their thoughts on their experience of living in Ham. Each participant received their own tablet and taught how to use the CHESS™ survey. The walk began at Rue Braille before moving to Rue du géneral Foy and went on to Parc Delicourt.

The group remained engaged throughout the walk and the discussions naturally flowed around the opportunities or barriers linked to physical activity and access to healthy food in the neighbourhood. Some of the points noted included:

After presenting the CHESS™ data and the identified themes, C3 facilitated group discussion and encouraged members from the neighbourhood to share their opinions on the results and themes selected, and to confirm whether or not they matched their experience accessing healthy options in Ham. We then all discussed together ideas and actions for each theme:

This discussion generated a long list of ideas for future actions. Four priority actions were identified:

There’s a fruit and vegetable distributor in Ham which allows access to local produce easily and at a good price. However, we’re not aware of the existence of solidarity baskets as in other municipalities.

Drawing on our experience in community engagement projects, C3 advises that the grant money is used early in the ASPIRE project, to maintain project momentum, community enthusiasm and buy-in. Previous examples of such ‘quick wins’ have included: purchasing equipment for cooking sessions; buying and fitting basketball nets; and on one occasion, the resources were used to pay the utility bill for a community centre about to close! There are also ASPIRE resources to employ a part-time project manager in Ham, for up to 18 months. It is expected that this person will be a Ham resident and recognised to have some leadership-type role within the community. The local project manager will manage the implementation of the community’s action plan and C3 will support them through regular communication and consultation.

Hugo Mills was communications officer at C3 Collaborating for Health.
Share this: