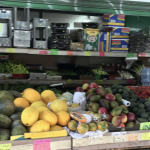 Project Prevention in Action aims to address gaps and barriers in knowledge among healthcare providers about the everyday challenges that low-income, disenfranchised, marginalised populations experience, particularly those who identify as Black, Asian and Minority Ethnic (BAME) and/or people living with chronic diseases, when attempting to engage in healthy and active living. To do this, C3 is inviting healthcare providers to join with local community members in using our innovative community engagement, digital health strategy known as Community Health Engagement Survey Solutions (CHESS™) in three communities in England, Ireland and France.

The community chosen by C3 in England was Brent, an outer borough in the north-west of London. It is ethnically diverse, with 65% of residents identifying either as black, Asian or minority ethnic. The poverty rate in Brent is significantly higher than that of the rest of London at 33%, compared to 28% across the capital. Though the proportion of people in poverty is above average, pay inequality (based on the 80:20 ratio) is lower in Brent than in most London boroughs. Those at the 80th percentile earn 2.45 times more than those at the 20th percentile, whereas in London, on average, this number is 2.74. The child poverty rate, at 41%, is significantly higher than the national average of 31%. Housing in Brent is less affordable than the London average.

From a health point of view, Brent is one of the most physically inactive boroughs in the country, with one of the highest levels of type 2 diabetes. 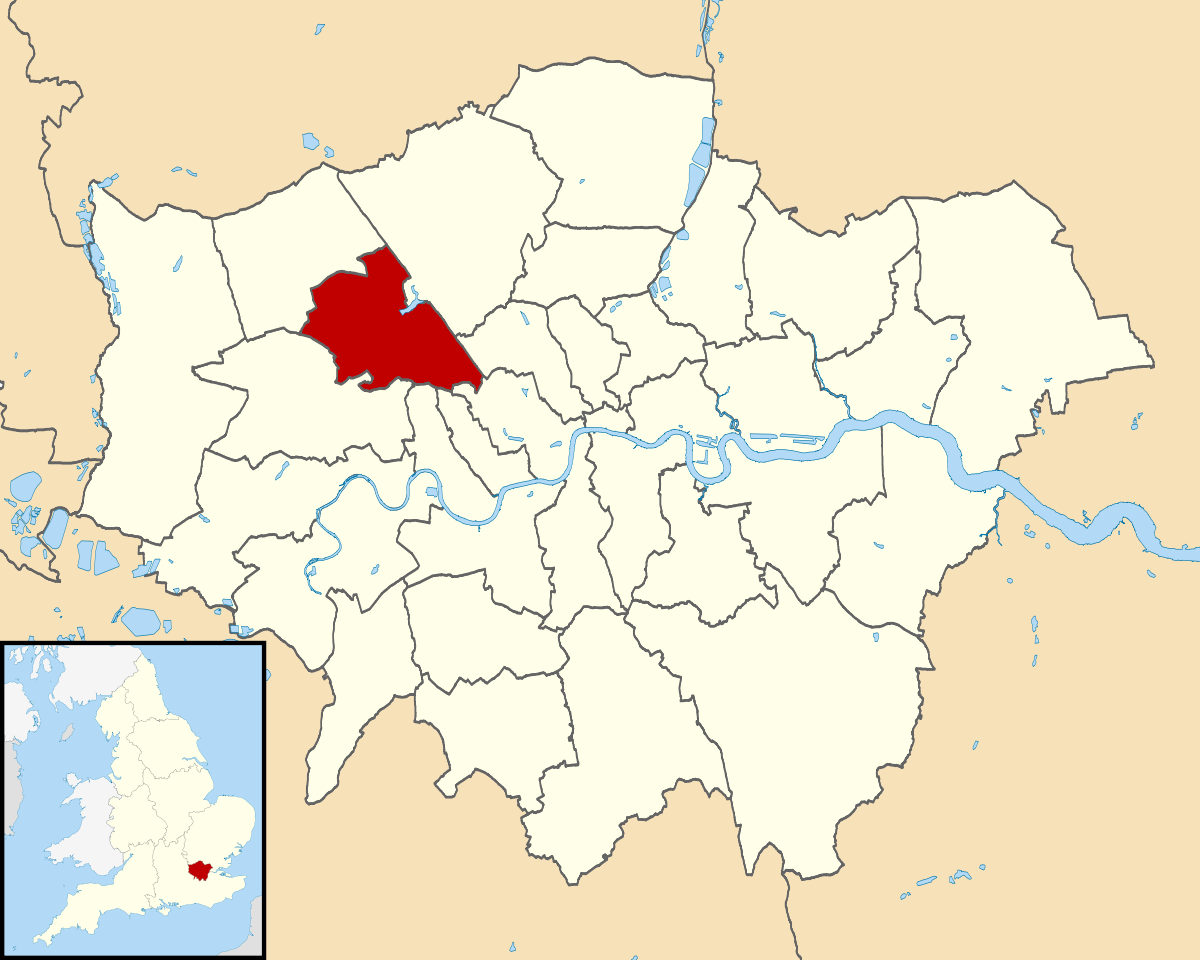 On Saturday 4th September, C3 and local residents from Brent, took part in a CHESS™ walk as part our our Prevention in Action programme. The walk took place in Harlesden (Harlesden High Street and Park Parade). The High Street in Harlesden is a busy, bustling shopping area, mostly occupied by convenience stores and independent fast food take-away restaurants. 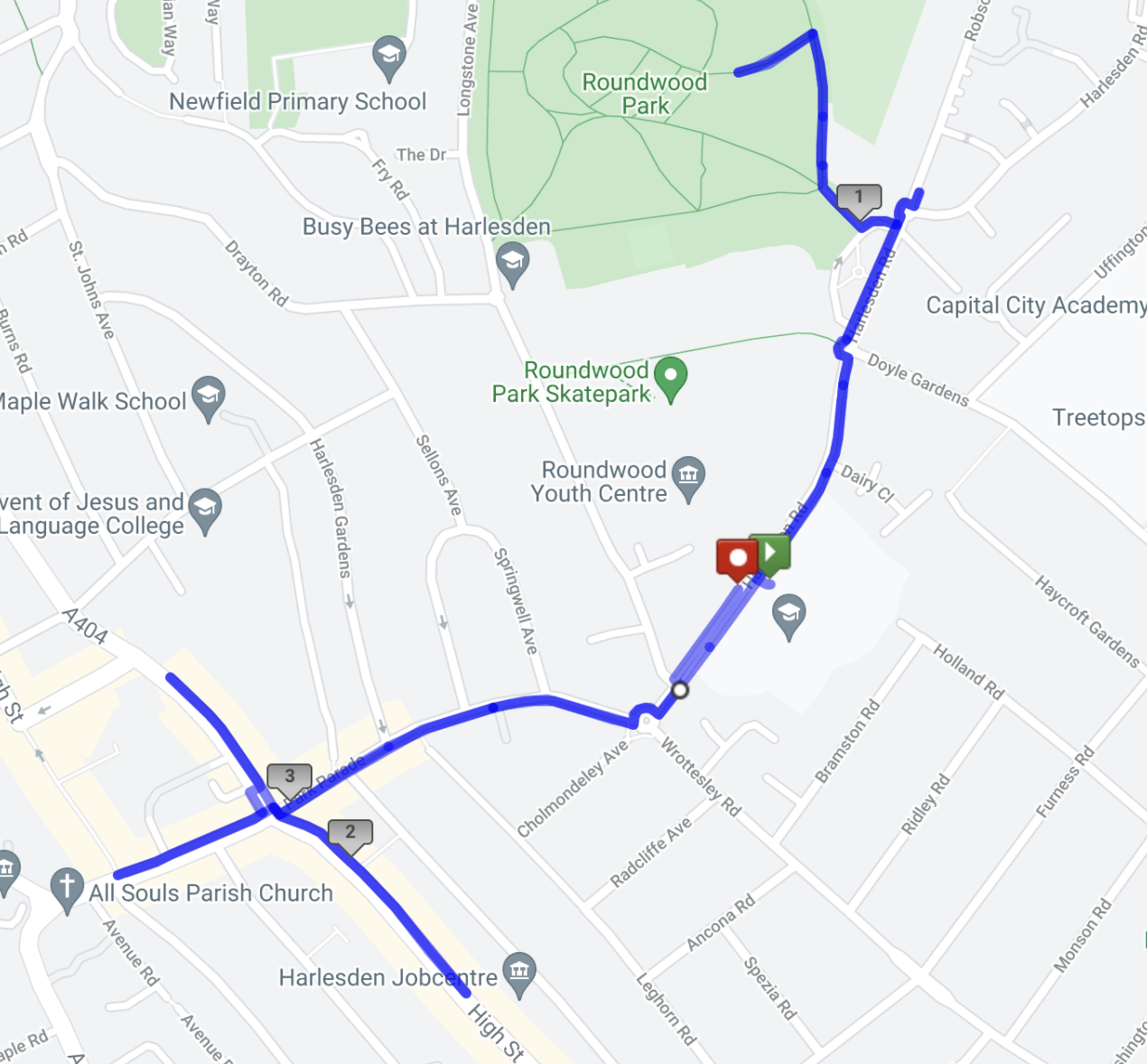 The CHESS™ walk began with a welcome session which took place at Newman Catholic College on Harlesden Road. C3 delivered a presentation on disease prevention, risk factors for most non-communicable diseases (NCDs) and the influence of the built environment on people’s food choices and levels of physical activity. C3 also encouraged participants to share their thoughts on their experiences of life in Harlesden. Each participant received their own tablet and was trained in how to use CHESS™ and then encouraged to practice using the tablets using the example of a restaurant review. The participants then left Newman’s and headed towards Park Parade, where they then surveyed the Parade and Harlesden High Street. 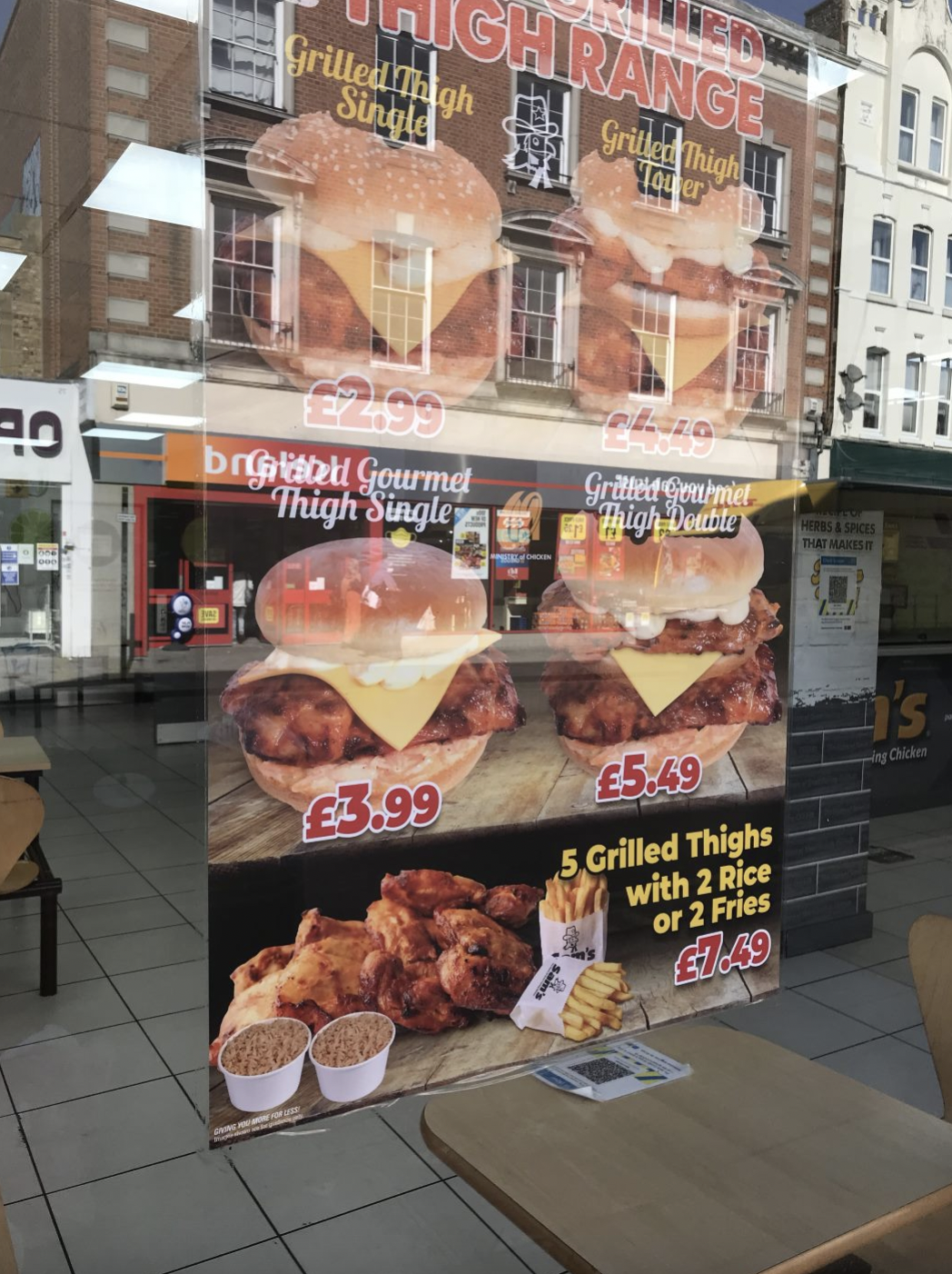 An example of the food advertised in restaurants along Harlesden High Street.

During the walk along the High Street, several participants commented on how many shops appeared to sell the same or similar products. They noted that on one side of Park Parade in particular, five convenience stores all sold what appeared to be exactly the same products. Some of the participants who have shopped in the area every week had not remarked upon this before.

It was an eye opener as to how many shops did little to promote healthy food.

The CHESS™ tool allowed participants to collect quantitative data about the local food environment and how the way the built environment is constructed affects exercise habits. C3 asked residents about their own experience of living in Brent allowing us to collect qualitative data during the walk itself. The CHESS™ walk in Brent made it possible to identify places to evaluate including:

Once all the data was collected, it was sent to a member of C3’s team responsible for analysing the data collected. This will then be discussed between C3 and the participants at an insight session to be held on Saturday 18 September 2021.

Hugo was communications officer at C3 Collaborating for Health. David Okoro is an education consultant, coach and trainer, and C3 associate.
Share this: