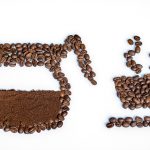 The number of times that I have walked into the coffee shop located by my university to grab a cup of coffee before I attend my lectures is alarming. I have noticed that on most days, I go to my class or internship with either a coffee or an energy drink. During my time at C3, I have become familiar with the various non-communicable diseases (NCDs) and their risk factors. I reflected on my own habits and wondered if there was a link between frequent caffeine consumption and the risk of cardiovascular disease (CVD). By doing some research, I have found a few things.

A systematic review conducted at Harvard University in 2015 suggests that there is a 15% lower risk of premature mortality compared to people who do not drink coffee.[1] This statement supports information found in another study, which says that there is a non-linear association between cups of coffee consumed and the risk of CVD.[2] Three to five cups of coffee confers the lowest risk of developing CVD, anything more gradually increases this risk.

This is surprising to me, because I thought that drinking even two or three cups a day was excessive. So, what is the reason behind the non-linear trend? It is hard to be sure, but the general idea is that the consumption of coffee has both beneficial and detrimental effects in moderation.[3]

Aside from moderate consumption of caffeine, there are other factors that increase your likelihood of developing CVD. Genetics, the environment, and lifestyle all play a role in increasing an individual’s susceptibility to disease therefore it is hard to gain empirical evidence from studying the habits of individuals, even from a large sample. Furthermore, cigarette smoking, (another confounding variable) has been identified in the literature as being associated to people who drink coffee.

Despite this, one small study performed in Costa Rica proved that genetic make-up might predispose some people to higher cardiovascular risk when they accumulate caffeine at very high levels.[4] Individuals metabolise caffeine differently and they could be at higher risk if they drink too much caffeine and cannot get rid of it quickly enough. Therefore the advice for anyone with a pre-existing heart condition would be to follow the advice of their physician regarding their coffee consumption.

Ultimately, coffee is ubiquitous in our society, but that does not mean we should not pay attention to its effects. After this reflective research, it was reassuring to know that having a cup of coffee or a caffeinated drink a day is unlikely to increase my risk of CVD. In my opinion, caffeine consumption is overlooked, compared to some of the other risk factors, such as smoking or poor diet. However, it is prevalent in our daily lives, so it is relevant to include caffeine in our conversations about our health and behaviours.

Jena Yang interned with C3 until December 2018. She is a third-year, double majoring in marketing and Applied and Computational Mathematics and Statistics at the University of Notre Dame in the USA, and is currently studying abroad in London.
Share this: