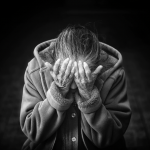 Over a million people are currently living with dementia in the United Kingdom. Memory problems are one of a number of symptoms that people with dementia may experience. Others include difficulties with planning, thinking things through, struggling to keep up with a conversation, and sometimes changes in mood or behaviour. Dementia is not a natural part of ageing and it doesn’t just affect older people. Over 40,000 people under 65 in the UK have dementia. This is called early-onset or young-onset dementia.

The seven main risk-factors of dementia are:

There’s no certain way to prevent all types of dementia, as researchers are still investigating how the condition develops. However, a study by the University of Cambridge reported in 2014 that a third of dementia cases are preventable and there’s good evidence that a healthy lifestyle can help reduce your risk of developing dementia when you’re older.

C3 was founded to fight non-communicable diseases such as dementia by helping people to make three key behavioural changes to the way they live their lives:

All three of these are recommended by the NHS to people who are concerned about dementia.

Older adults who do not take regular exercise are shown to have lower cognitive ability. Daily exercise is an important part of growing older. Smoking causes your arteries to become narrower, which can raise your blood pressure causing vascular dementia (caused by problems with blood supply to the brain). If you want to quit smoking, you have a higher chance of success when you speak to your doctor about it.

Being overweight or obese can increase your blood pressure and the risk of type 2 diabetes, both of which are linked to a higher risk of Alzheimer’s disease and vascular dementia. If you’d like to learn more about the work C3 does with communities to improve their built environment, and promote a healthier lifestyle for themselves and their neighbours, take a look at our partnership with ASPIRE.