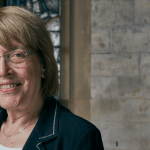 This was a really unusual and enjoyable week which started in the smart offices of a multinational finance company where I was supporting a successful small business which shares our passion for health and wellbeing who are seeking support to grow more quickly. My job was to persuade the financial marketing entrepreneurial brains round the table that there was a great business opportunity here! As I told them, it’s estimated that the health and wellbeing industry is worth £23 billion in the UK, much of it spent without any rigorous assessment of the impact & almost half the health costs in OECD (Organisation for Economic Co-operation and Development) countries are from diseases related to physical inactivity, smoking, poor diet and harmful alcohol use. Poor health in the workforce costs the UK economy £60 billion, surely a big finance company can see a business case in improving this situation, otherwise as well as being sick we’ll all be broke! The situation about preventable illness and premature death is even worse in developing countries.

With one of our interns I went to a presentation about cyber security at a legal firm. The speaker was quite clear, it’s not IF you get attacked, but WHEN. He was really talking to big businesses and he felt people working at home and mixing their personal devices and their work machines was a very bad idea. For a small charity like C3 I resolved to be better at backing up, accepting updates and making sure the anti virus is switched on.

The end of the week was in the grand surroundings of Marlborough House, one of the royal palaces and home to the Commonwealth. I was asked to go to the Commonwealth Advisory Committee on Health. We were in amazing surroundings full of gold, chandeliers, huge oil portraits but poor Wi-Fi! The Commonwealth is such a fascinating organisation of 53 countries most of them former territories of the British Empire, they’re in every continent and include a third of the world’s population with 60% under 30. Their size varies from the smallest Nairu which has a population of 10,000 and India which has 1.2 billion. It was interesting to see countries with so many health problems: making progress with HIV, especially eliminating mother to child transmission, but burdened with TB, malaria, even polio, and at the same time chronic diseases are an increasing burden. Many of the poorest countries are also exotic tourist areas and this gives a particular challenge to introducing healthy policies. The President of Coca Cola flew to one Caribbean island insisting on talking to the Prime Minister when there was a proposal to introduce a sugar tax! Monitoring alcohol consumption is difficult as much is consumed by tourists. One Caribbean government lost power partly because it increased tobacco tax, and several Commonwealth countries are growers of tobacco. The main focus of the meeting was the WHO target of universal health coverage (UHC), the Commonwealth message is Reaching the unreached, ensuring no one is left behind.