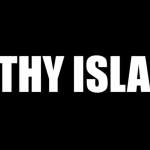 Imagine that your elderly parents live on the upper floor of a tiny flat with no lifts. Like many older people, they have health and mobility issues that make it difficult for them to get around or to navigate stairs.

They can’t afford to move elsewhere, and you can’t afford to live near them due to skyrocketing housing costs. You ask your parents how often they get to go out and about. Their response:

The Isle of Dogs: a community of contradictions

This sentiment is the truth for many living in the Isle of Dogs, an 800-acre area in the east end of London. Surrounded on three sides by a large bend in the River Thames, the Isle of Dogs has become a commercial centre whose skyline is dominated by the fancy towers of Canary Wharf.

The gleaming financial district belies the reality for most residents living in the shadows – that of a socioeconomically deprived community where families and individuals struggle financially, with low or no income, and suffer from anxiety, depression, obesity, heart disease, alcohol and drug problems, and feelings of isolation.

We were commissioned to support a local charity to better understand the public health challenges facing people living on the Isle of Dogs in the summer of 2013. The charity trustees don’t live on the island, so how to bring the island to them? As part of the commission we decided to co-produce a 10-minute video with New Media Networks (available above).

Through interviews with neighbourhood representatives – including a local GP, nurse practitioner, community residents, and charity workers – we captured the essence of the issues facing those living on the Isle of Dogs, and acted as a conduit between the community and charity trustees.

The residents revealed that once you recover from the dazzle of the business towers you realise you’re trapped in an extremely unhealthy atmosphere and environment. Local facilities are in disrepair from lack of upkeep, funding continues to be torn away from one group or another, and youth ‘loiter’ bored on the streets (or worse, turn to gang involvement) with few options for play or activities to engage in.

Community members spoke of a community ‘ripped apart’ as costs and housing problems increased and people have had to move away because they can no longer afford to live there. The people who move in in their place – an influx of affluent newcomers – do not fully integrate into the community. Instead, they experience their social and community life through their workplace versus at home. The result of these shifting demographics has led to an increasingly fragmented and isolated community.

Having neighbours who are better off also has a negative effect. People become demoralised to see their neighbours, who ‘can afford to make healthier choices than you’, buying gym memberships at the gym down the road or shopping with a bigger budget and therefore buying healthier food options.

Hope for the future

Despite the staggering issues facing the Isle of Dogs community, the members interviewed for the video all had suggestions for the future: services that provide transport for older people to get out, support groups for those suffering from health conditions, community groups linking different segments of the community and connecting the youth with older people in activities.

And although the Isle of Dogs’ story is unfortunately not unique, we at C3 Collaborating for Health believe that if all of society works together, we can make our communities healthier places to live in. And businesses especially can have a positive impact on the neighbourhoods surrounding them by investing in health initiatives within those communities. In fact, we’re putting that idea into practice today with our Healthy Communities project in Halifax, England and Girvan, Scotland.

Are you a business or local authority member looking to make your community healthier?

Learn more about the CHESS™ tool, an evidence-based tool for gathering information about a community’s barriers and facilitators to good health, and read about our community engagement programme.