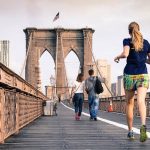 Is your city one of the most liveable cities in the world? Every year, the Economist Intelligence Unit (EIU) rates 140 global cities based on a range of liveability factors [1]. Every city is “assigned a rating of relative comfort for over 30 qualitative and quantitative factors across five broad categories: stability; healthcare; culture and environment; education; and infrastructure” [2]. The results of this survey in 2017 showed that Melbourne, Australia was ranked as the world’s most liveable city for the seventh year in a row. In addition to Melbourne, two other Australian cities also made the list for the top ten liveable cities, as seen below.

Based on these findings, the EIU concluded that the cities who scored the best on their global liveability index tended to be “mid-sized cities in wealthier countries with a relatively low population density” [2]. Cities with these characteristics “can foster a range of recreational activities without leading to high crime levels or overburdened infrastructure” [2]. Therefore, global hubs such as New York City, London, Paris, and Tokyo did not make the cut for the top ten liveable cities because they suffer from overstretched infrastructure, higher levels of crime, and public transport problems [2].

Health in the Most Liveable City

One of the key factors that contributed to Melbourne’s number one ranking is the health of its inhabitants. Babies born in Melbourne today have a life expectancy of 83.7 years, which is the longest life expectancy in the country and among the highest in the world [3]. The numbers also show that Melbourne has a low proportion of obese adults, at 24.9%, compared to Australia’s average rate of obese adults at 28.3% [3].

Melbourne has received “a perfect score for healthcare for each of the past five years by the EIU Liveability Index” [1]. The healthcare indicators that the EIU uses to score cities in this area includes availability of private healthcare, quality of private healthcare, availability of public healthcare, quality of public healthcare, availability of over-the-counter drugs, and general healthcare indicators [2]. Melbourne has “some of the best public and private hospitals in the world, such as the Royal Children’s Hospital, and the Royal Melbourne Hospital” [4] and it features numerous parks and open spaces despite being the nation’s second densest city [1]. These green spaces and healthcare assets not only help Melbourne achieve its status as the most liveable city in the world, but also provide opportunities for its inhabitants to lead healthy and physically active lifestyles.

One of the reasons that Melbourne is able to claim the title of the most liveable city in the world is because it is a relatively wealthy city. However, increased liveability is also possible in communities that are not as well-off as Melbourne. One of C3’s current projects focuses on increasing the liveability of local, low-income communities through the use of the CHESS tool. With the use of this app for the Android tablet, C3 is able to engage with local community members to collect data on certain aspects of the community, such as streets, parks, and shops.

Accompanied by a local project manager, community members walk around their neighbourhood and answer questions on the app that relate to food options, conditions of streets and public spaces, prevalence of alcohol and tobacco, and opportunities for physical activity. Through this process, community members learn about the resources available in their neighbourhood and C3 is able to aggregate the data in order to identify assets and obstacles for leading a healthy lifestyle in the community. With community engagement and the assistance of organisations like C3, every neighbourhood can become healthier, more liveable, and a little bit more like Melbourne.

Interested in what makes cities liveable? Join us at our International Breakfast Seminar, Urban Health: A global perspective – cities at the centre of development for health

This post was written by our University of Notre Dame intern, Kelly Adam. Kelly is volunteering with C3 as part of her London study abroad experience.
Share this: