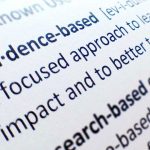 Are NCD’s receiving the attention they deserve, or are other political issues that might appear to be more urgent obscuring their importance?

The facts show us that NCDs are the enemy of both developed and developing countries: they represent the biggest disease burden and are the cause of the majority of deaths. However, it seems like this hard evidence has not yet grabbed the attention it deserves from either decision-makers or the public. How is it possible that less than 3% of Official Development Assistance (ODA) is directed towards NCDs? This discrepancy clearly outlines a massive gap between the need for investment in NCDs, and the perceived importance (or lack thereof) given to NCDs in the wider political agenda. Isn’t it time to redefine the narrative of NCDs, and move it up the political agenda?

Dr Johanna Ralston, is an expert in the field of NCDs. She has been CEO of the World Heart Foundation, headed up the NCD Alliance, and is currently a fellow at the Geneva Centre for Security Policy (GCSP). Johanna spoke at C3’s latest International Breakfast Seminar about the importance of getting the narrative of NCDs right! She suggested that NCDs are making some progress in being recognized in the global health agenda, having been included explicitly in the Sustainable Development Goals, but argued that translating that recognition into real change at a national level is still not happening, often because individual countries are not able to justify prioritising NCDs and the prevention of NCDs in their national strategies. But if we could strengthen the narrative around NCDs and demonstrate that making positive changes across all policy areas can have a massive impact on the health of whole populations, as well as easing the strain on the economy, we might begin to see change at the national level.

During the discussion at the meeting one person raised the question of how to make the narrative fit for the public but also to other sectors, particularly the private sector: economic prosperity is important, so emphasising the benefits of workplace health – retention of staff and productivity for example – could be a good hook. Another participant proposed developing a narrative from a human rights perspective: human rights are about getting to the most vulnerable people. Using this narrative would move the debate away from the idea that NCDs are diseases of affluence. Another participant highlighted that the $47 trillion economic ‘burden’ that we can expect to see by 2030 on current trends, will be seen as ‘profit’ by others and this raises the question, how do we craft a narrative that shows how a healthy economy is a better economy?