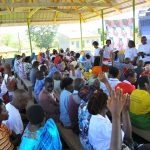 Since 2012, we’ve worked closely with the Uganda Diaspora Health Foundation on initiatives in both Uganda and the United Kingdom.

Through funding from the Burdett Trust for Nursing, we completed five workshops in collaboration with the Uganda Diaspora Health Foundation in Uganda (Mubende, Kira and Kampala) from 2014 to 2015.

Together we were successful in raising awareness, sharing information, delivering educational programmes and supporting grassroots initiatives. 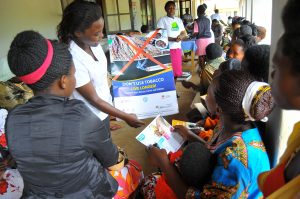 A midwife presents during the Healthy Mothers: Healthy Babies workshop. 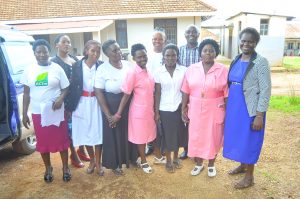