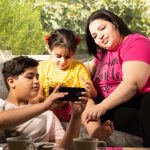 The gendered impact of obesity and overweight was one of the focal points under discussion at this week’s workplace seminar co-hosted by C3 and the Society of Occupational Medicine.

Our speaker was Stephen Bevan, head of HR research and development at the Institute for Employment Studies. Stephen’s work involves researching the extent to which different variables affect employment outcomes and has previously worked on health issues such as rheumatoid arthritis, MS and cancer. Stephen joined us to speak about obesity and discrimination in the workplace, how it affects women compared to men, and what the evidence says about workplace interventions to support weight-loss.

He began by speaking about the effects that obesity discrimination can have on employment outcomes for people living with obesity. This is particularly interesting to us here at C3, since we are involved in the ASPIRE Project, an initiative to support people in deprived communities in France and England in tackling the challenges of obesity and employment, which often go hand-in-hand.

45% of employers in the UK said that they were less likely to recruit candidates living with obesity. Furthermore, people living with obesity have lower starting pay, lower co-worker ratings and lower hiring success. Women in particular are less likely to get customer-facing jobs. Here, Stephen mentioned that there have been reports of certain airlines requiring women to lose weight to continue working as cabin crew, despite this not being necessary for their jobs.

He said that there is “a litany of evidence that outcomes both in the labour market, in the wider recruitment market and in workplaces are worse for people living with obesity” but emphasised that these outcomes are very clearly worse for women. One particularly shocking statistic is that women are sixteen times more likely to report weigh-related discrimination than men.

The overall effect this discrimination has on individuals living with obesity is considerable, with a higher risk of developing anxiety and depression as well as the negative impact on salaries and career progression. A 2016 study for the UK government found a 10% wage gap between people of average weight and people living with obesity.

Again, the evidence shows that it’s women who bear the greater brunt of this wage penalty. Some evidence suggests the gap between men and women to be up to 20%. One study showed that every one-point increase in BMI over 22 points, led to a 4% decrease in earnings. This does not only apply to annual earnings, but has a life course impact – women living with obesity at 16 have 36% lower incomes by 42 than their average-weight counterparts.

“Our view is UK employers could be a bit more thoughtful about their workplace health interventions. They can be a little evangelical & studies suggest that people with obesity are reluctant to get involved, feeling that the message is that obesity is ‘their fault’.” Well intentioned workplace health promotion programmes with a nutrition, exercise or weight management element may inadvertently reinforce obesity stigma.

Sensitivity is also key as employers in the UK manage their employees returning to the workplace now that Covid-19 restrictions have begun to ease. Stephen gave an example of one employer who asked people to email in their waist measurements so as to help inform the company’s management of people’s return to the workplace. He said that a more considerate approach is preferable. To help support managers currently overseeing such processes, Stephen and his team have developed a toolkit which has so far been well-received and will soon be translated into several other languages.

There is a discussion on-going about which policy levers to be pulled in order to deal with obesity. In the UK, Stephen mentioned the idea of classifying obesity as a disease, as the WHO and American Medical Association have already done. There are also various instruments available for assessing the effects of the extent to which people’s functional or cognitive capacity resulting from their health condition makes them more vulnerable to job loss. This is a way of intervening early to assess what support a person who is struggling at work because of their condition might need to help them stay active at work. At the moment, no such support exists for people living with obesity and Stephen suggested that such supports would have a positive impact both on individuals as well as on the economy more generally.

Unlike in some countries, obesity is not currently categorised under UK equalities legislation as a protected characteristic in the same way as gender or cancer, though if a person has a medical condition connected to their obesity, this may give rise to a claim for discrimination if they are discriminated against because of their condition. Putting obesity as a protected characteristic under the act would resolve ambiguity and strengthen the rights of employees, over time making discrimination on the grounds of obesity far less common and acceptable.

To learn more about the work that C3 does around obesity and chronic diseases, and too keep up to date with our upcoming events, why not join our network?

Hugo was communications officer at C3 Collaborating for Health.
Share this: