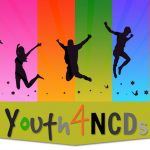 It is a common trope in global health that young people should be involved in discussions, research and policy development – but often youth representation is a tokenistic afterthought, with middle-aged ‘experts’ dominating the conversation. In fact, young people are themselves expert, bringing enthusiasm and the experience of living the realities that the older generation is trying to change.

Youth involvement is harnessed by a few initiatives such as the EU-funded CO-CREATE initiative (which is involving adolescents in understanding and developing obesity policies in Europe) and, most prominently, the school strikes precipitated by Greta Thunberg. And C3’s most recent international breakfast seminar, on 21 October, gave a platform to another extraordinary young person: 19-year-old Pierre K Cooke (Jnr), technical advisor to the Healthy Caribbean Coalition’s Youth Voices initiative, who was in London for the One Young World summit of youth leaders.

Thank you Christine +the team @C3health for walking the talk on #youthvoice today 👏 It was a privilege to hear #youth leader @pierrekcookejnr talk about #obesity in #Barbados and the work of @HealthCaribbean. This is what meaningful #youth engagement for #NCDs looks like 🔽 pic.twitter.com/81bG6Arq0I

Pierre’s talk centred on tackling obesity in the Caribbean, a region where a third of children are above a healthy weight. It began with a healthy dose of realism: young people don’t like being ‘preached to’ any more than adults and, while you can tell them that they shouldn’t be drinking sugary drinks, the reality is that ‘water is boring!’ Changing these attitudes will take time and can only happen through informing and empowering young people to understand the issues and take action themselves.

The Healthy Caribbean Coalition has been encouraging children across the Caribbean to come up with their own ideas on tackling obesity – these include ‘Water Wednesdays’ (a day a week on which the only drink permitted to be brought to or sold in school is water) and pupils at one school even took to the streets to protest the influence of the big companies on their diets. There are now six ‘model schools’ in Barbados that have committed to providing healthy food, removing sugary drinks from sale, and increasing physical activity. These schools are getting traction on Instagram, which encourages others to follow their lead: a ‘domino effect’.

Social media is, Pierre noted, ‘a gamechanger’. The food and drink companies all know how to use it to great effect, and the health world is inevitably on the back foot. Peer-to-peer sharing is far more effective than hearing messages from adults – and this sharing goes beyond social media: ‘If Pierre can do it, I can do it!’

Young people can’t do this alone, of course: creating a healthy school also involves parents, health officials, school nurses and headteachers. Even here, there can be conflicts of interest, as the companies supplying the unhealthy food and drink may also be providing sponsorship or other money to the school (although the model schools are demonstrating that it is possible to thrive without this income).

The environment beyond schools needs to be addressed to make real inroads into child obesity – Pierre’s comment that breastmilk (so important for babies’ long-term health, including their weight) is banned from nurseries in his home country brought real anger from the room. Cultural specificities are also important: Pierre noted that in the Caribbean, being a ‘bouncing’ baby and younger child is seen as positive – but at around 12 years old this attitude changes, with children being told they should lose weight. This is exactly the age at which children begin to have spending power of their own and, consequently, more influence over their own diets, making it even harder for them to resist the marketing of unhealthy food and drinks. Obesity stigma can also exacerbate mental ill-health – which is already one of the top health concerns of young people worldwide.

Pierre is a wonderful speaker and answered questions with thoughtfulness and enthusiasm. His combination of passion, fluency and personal stories reminded me of another great health advocate from the Caribbean, Sir George Alleyne, who gave one of the first C3 international breakfast seminars in 2010.

I always enjoy @C3health breakfast seminars, and today’s was one of the *very* best, right up there with another personal favourite: Sir George Alleyne, a decade or so ago now.

Great to meet @pierrekcookejnr – and if this is the future, bring it on! pic.twitter.com/9fBdEwATiU

Katy Cooper is a consultant and writer on preventing non-communicable diseases (NCDs) through addressing the lifestyle risk factors of poor diet, physical inactivity and smoking. She has worked in this field since 2005 - until the end of 2016 as assistant director of C3 Collaborating for Health, and since then as an independent consultant.
Share this: