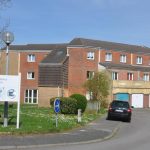 We’ve seen already how community members in Aylesham used C3’s innovative CHESS™ process to assess their community services and built environment, identifying areas of potential improvement and setting out plans to implement those improvements, and how C3 engaged with a community in Boscombe, working in partnership with Bournemouth, Christchurch and Poole Council (BCP Council), in the first year of the ASPIRE project.

With Project ASPIRE, C3 is engaging with 7 different communities across the South of England and the North of France to survey their environments using CHESS™, with a view to reducing obesity and enhancing employability. There is a clear link between areas of high economic deprivation and areas where obesity levels are high. CHESS™ has provided community members with a different lens to critically analyse their environment and encouraged them to consider the impact of the built environment on their abilities, individually and as a community, to live healthier lives.

Wimereux is an attractive seaside resort, the oldest on the Côte d’Opale. It attracts many French visitors (Parisians, Northerners, Boulonnais), but also foreign tourists (British, Belgians, also Russians). There are many second homes there. According to INSEE (2017), the municipality of Wimereux had 6,575 inhabitants in 2017, down 8.18% compared to 2012. The unemployment rate for 15-64 year-olds (2016) is above average national 14.3% and the employment rate has decreased by 1.1% between 2011 and 2016. The city is divided between the northern and the southern parts. The south of Wimereux consists of the city’s historic centre with a beautiful promenade of the seafront and many secondary residences. Most of the town’s shops can be found here, as well as hotels and restaurants. The northern part extends from the northern entrance of the city to the Rue du Bon Air and has about 3,300 inhabitants. This represents 51.47 % of the population of Wimereux. There is a clear separation between the south and the north of Wimereux.

The centre socioculturel Audrey Bartier (CSC) of Wimereux is located in the northern Baston district. One of the founding commitments of CSC is the participation of local inhabitants. The centre is a focus of initiatives carried out by inhabitants, supported by professionals, with the ability to define and implement a social development project for the whole population of a territory. The Audrey Bartier CSC is accredited by the caisse d’allocations familiales (CAF) in Pas-de-Calais. In the past, the Audrey Bartier CSC attempted to host recreational workshops in the district. However, it encountered difficulties in mobilising the local inhabitants, who nonetheless participate in the centre’s other activities and projects. An association of residents called ASSP RODOR (ASSociation des PROprietaires du DOmaine De la Roselière à Wimereux) was founded instead, and the CSC team worked with it to organise a Neighbours’ Day and a garage sale on rue Léo Lagrange.

It was therefore agreed with  the CSC that we would hold the CHESS walk in the Baston district. Baston has a strong concentration of public facilities: Two sports halls, the police station, two schools, the municipal library, public playgrounds, a beguinage for the elderly managed by the communal social action centre. Furthermore, the district benefits from an abundance of local shops even if the greatest concentration is located in the town centre. It is insufficiently served at certain times (particularly early in the morning) by public transport common. Young people are not very mobile, especially young people looking for work and long-term unemployed, this feeling being accentuated by the geographical fracture between the “top and bottom” of Wimereux.

There is a feeling of unease among the inhabitants who find themselves surrounded by petty crime. Even if much good work is carried out jointly by the CSC and by social donors, it’s clear that the monetary support must be increased for further action.

The ASPIRE Project in Wimereux will be an opportunity to to create an ASPIRE hub within the CSC in the Baston district which will support the activities already put in place by the CSC. The hub being part of the CSC is ideal as it’s located in the centre of Baston and moreover is a continuation of the work the CSC has already carried out. This will hopefully bolster the commitment of the inhabitants of Baston so that it will continue once the ASPIRE project is completed. The hub will allow the people of Baston to acquire Insurance and skills in food but also to create social links between the inhabitants. It will also offer them access to local and sustainable products and food, opportunities to learn how to grow fruits and vegetables, and how to prepare, cook and store food. This pioneering hub focused on the local food system will be designed with the help of neighbourhood residents and professionals in health and employment and will hopefully serve as a model for future action while providing a warm and friendly environment for the inhabitants of Baston.

C3 and Audrey Bartier CSC staff held multiple planning meetings, both remotely and in person. Two site visits were conducted, which enabled C3 to walk the area, capture and list the existing assets to ensure a range of assets could be mapped, plan a walking route, and visit a suitable venue that could be used as a meeting place. C3 also researched local and national data sets and local authority publications, analysing maps of Baston to create a digital asset map.

The community participants were selected by the Audrey Bartier CSC from their contact list with priority given to:

The people of Baston were informed of the CHESS march during two information meetings organised by the CSC, the posting of a video created by the CSC on Facebook and during the well-being forum organised by the CSC. Additionally, the CSC sent information emails to the town hall and to surrounding institutions. The CSC also talked about the CHESS walk with its members when they came to the centre for daily activities. A total of 10 participated in the CHESS walk and each received a basket of fruits, vegetables and home-made soups in thanks for their participation. 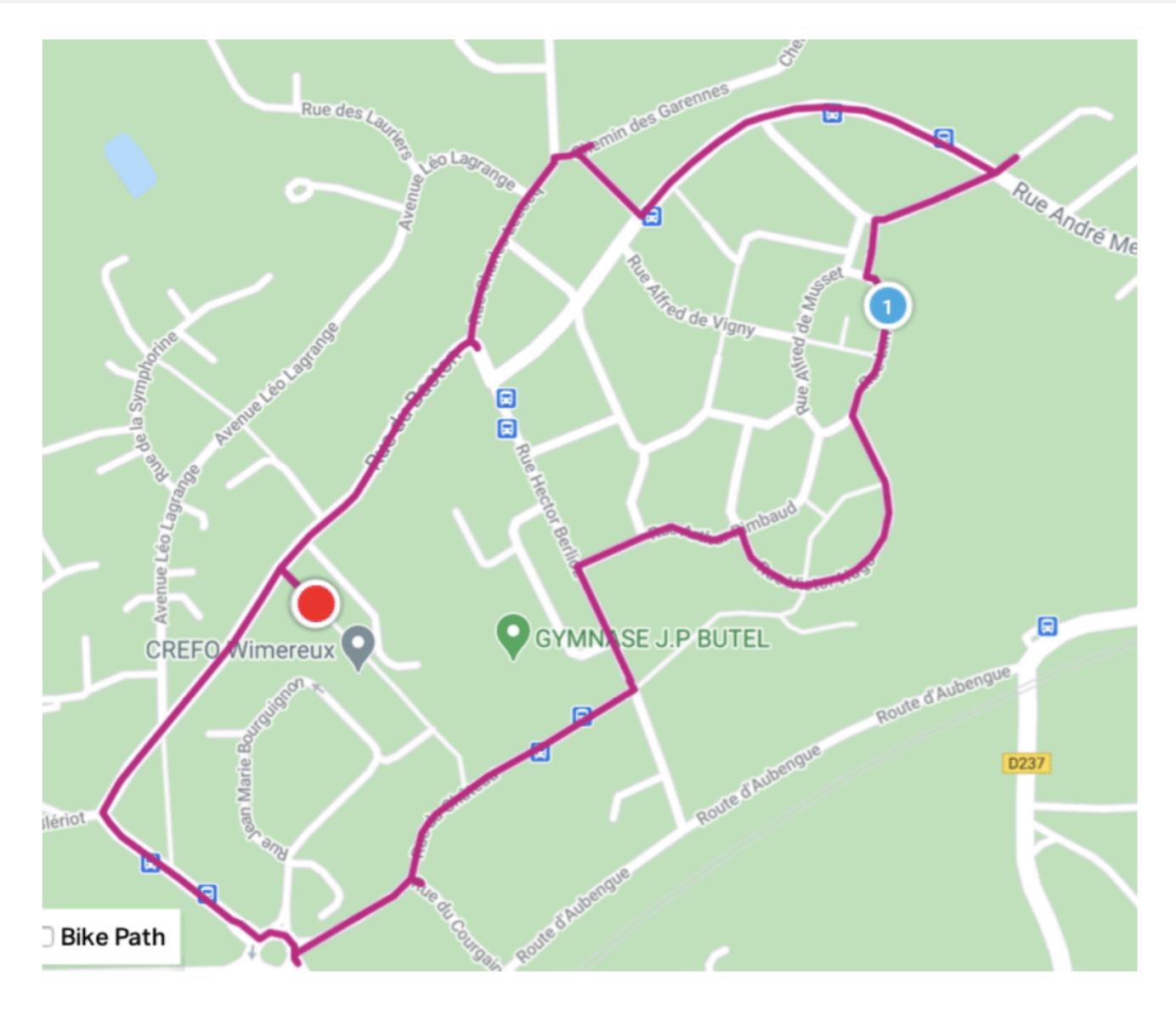 The CHESS™ walk started with a welcome session which took place in the CSC’s activity centre in Baston. C3 delivered a presentation on disease prevention, risk factors for most Non-Communicable Diseases (NCDs) and the influence of the built environment on people’s food choices and levels of physical activity. C3 also encouraged residents to share their thoughts on their experiences of life in Wimereux. Each participant received their own tablet and was trained in how to use CHESS and then encouraged to practice using the tablets using the example of a restaurant review. The walk began at the entrance of the CSC, turning left into Rue du Baston, then on to the Leo Lagrange playground, passing Rue du Château towards the children’s forest and back via Rue André Messager. The participants were very enthusiastic, comfortable with using the tablets and remained engaged throughout. A meeting to discuss the experience over tea and biscuits had been planned at the CSC but this was unfortunately impossible due to French Covid-19 protocols.

The CHESS™ tool allowed participants  to collect quantitative data about the local food environment and how the way the town is constructed affects exercise habits. C3 asked residents about their own experience of living in Baston allowing us to collect qualitative data during the walk itself. The CHESS™ walk in Baston made it possible to identify places to evaluate or 18 evaluations:

The group remained engaged throughout the march and discussions naturally arose around opportunities and barriers related to physical activity/access to healthy food in the neighbourhood. Some of the points we recorded included:

After presenting the CHESS™ data and the different themes, C3 facilitated a group discussion, encouraging participants to share their ideas on the results and the themes selected, and confirm whether (or not!) it corresponded to their experience of accessing healthy lifestyle options in Wimereux. We then discussed the ideas and actions for each theme asking ourselves two fundamental questions:

This discussion generated a long list of ideas for future actions.

The action planning session with the community members of Baston was conducted virtually using Zoom three weeks after the initial insight session. Participants were emailed a long list of ideas in advance – their ideas generated at the initial insight session – and encouraged to review them before the session, and to start thinking about their preferred ideas/how they might be actioned.

The “children’s forest” is completely under-developed, often dirty and poorly lit. It’s a shame because it is a place where the people of the neighbourhood could meet to take physical exercise

“Once a year an event is organised by the CSC at Baston which brings families together. There should be more events like this with picnics and sports activities, it would allow us to commune more often.”

Drawing on our experience in community engagement projects, C3 advises that the grant money is used early in the ASPIRE project, to maintain project momentum, community enthusiasm and buy-in. Previous examples of such ‘quick wins’ have included: purchasing equipment for cooking sessions; buying and fitting basketball nets; and on one occasion, the resources were used to pay the utility bill for a community centre about to close! There are also ASPIRE resources to employ a part – time project manager in Baston, for up to 18 months. It is expected that this person will be a Baston resident and recognised to have some leadership-type role within the community. The local project manager will manage the implementation of the community’s action plan and C3 will support them through regular communication and consultation. 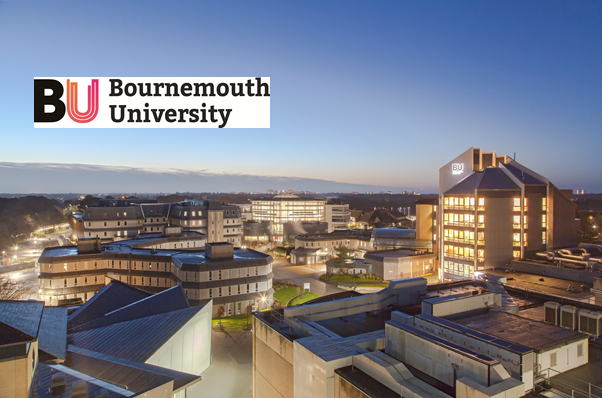 Find out more about C3’s work with Project ASPIRE here.

Hugo Mills was communications officer at C3 Collaborating for Health.
Share this: