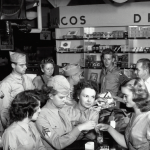 On August 26th of each year, the United States celebrates Women’s Equality Day. The date was selected to commemorate the 1920 certification of the 19th Amendment to the Constitution, granting women the right to vote. Its purpose is, in the words of former President Barack Obama, to “pay tribute to the trailblazers and suffragists who moved us closer to a more just and prosperous future“.

But what does a more just and prosperous future for women mean in the context of public health? It may surprise you to know that there remain some very significant disparities in health outcomes for women, compared to men of the same age, race and with similar medical histories.

The reason for this is that there is a gender data gap. Men are often the default when it comes to design, education, and research, whether that be in the context of pharmaceutical companies testing new drugs only on male subjects, or motor companies using only a crash test dummy that looks like the 50th percentile of all men. The symptoms of heart attack in men are well-known and taught widely. Chest pain is common in men, whereas in women, a heart attack may present as fatigue, feel like indigestion and chest pain only appears in 1/8 of cases. The result is that women are less likely to seek immediate medical treatment and when they do, are more likely to be poorly diagnosed.

In her book Invisible Women, published in 2019, the author and campaigner Caroline Criado Perez outlines the vast array of situations in which negligible data is collected on women, or where women simply aren’t considered. Some of these are merely inconvenient: the average smartphone is usually too large for women’s typically smaller hands, making texting more of a challenge. Some are tragic: four times as many women died in the 2004 Indian Ocean tsunami as men. The reasons are multifactorial, but she suggests that one reason was that storm shelters in many of the countries affected were not gendered and therefore many women avoided them, rather than risk sexual assault or damage to their reputations.

…the number one adverse reaction in women is nausea, the second most common is that the drug just doesn’t work.

In the design of drugs, Perez points out in an interview with Vox: “Women have more adverse reactions to drugs than men, and while the number one adverse reaction in women is nausea, the second most common is that the drug just doesn’t work. That is partly because [in drug testing] we are — from the cell stage to the animal stage to the human stage — not testing in women. It’s particularly bad in the cell stage as that’s where a lot of drugs get ruled out.”

All this gives rise to a powerful question: What if we could reduce suffering for half the global population, simply by ceasing to design everything as if it were only to be used by men?

Perez says: “I don’t think I want a new specialisation of gender-specific medicine. Because I want that to be the standard. Legislative change needs to happen — governments need to weigh in on this and enact legislation about how research gets done, specifying that it has to be sex-disaggregated.”

The matter of women in leadership positions, be they political, industrial, or social, is also pertinent, since lived experience at the top influences policy decisions made. With only 11 countries having 40% or more of their legislative seats occupied by women however, there is plenty of work still to do.

To find out more about the work C3 does, such as the ASPIRE (Adding to Social capital and individual Potential In disadvantaged REgions) Programme where we’re engaging communities in both England and France looking to make positive, lasting changes to their built environment and the consequent health outcomes, join our network here, and follow our blog here.