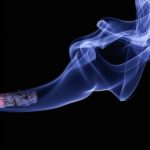 At C3 Collaborating for Health, smoking cessation is one of the key behaviour changes we promote to address the escalating non-communicable disease epidemic. In support of No Smoking Day on Wednesday 13th March 2019, we thought it pertinent to summarise what progress the UK has made so far in the field of smoking cessation, and highlight what actions are currently in force to reducing smoking rates further.

In the UK, the number of people who smoke regularly is now at a record low, with 15.1% of the UK population reporting themselves as regular smokers (2). This has decreased from 20.2% since 2011 (1). The number of young people who smoke has also decreased, with 8% of 15 year olds admitting to regularly smoking in 2016 (3).  However in spite of these trends, there remains a strong association between smoking and where an individual lives: most smokers live in the most deprived areas of the country. In 2016 the highest smoking rate was observed in Hastings, where 26% of the population smoked – the highest percentage in England – and the lowest rates in England were observed in areas of Surrey in which just 4.9% of people smoked (4).

What is the cause of reduced smoking rates?

This achievement can be attributed to a number of public health measures deployed in the UK over the past two decades. Perhaps the most well-known measure to date has been the smoking ban. Legislation that came into effect in 2006, made it illegal to smoke in all public enclosed areas and workplaces. In addition, more recent legislation includes prohibiting the advertising and promotion of tobacco such as the prohibition of tobacco products on display in supermarkets, and standardising the packaging and labelling of tobacco products. The government banned smoking in cars with children in the UK in 2015 in a measure to reduce the harmful effects of second-hand smoke (1).

What is left to be done?

Every few years, a Tobacco Control Plan that outlines the key activities and outcomes to take action on smoking is proposed by the Department of Health. The latest Tobacco Control Plan, published in 2017, outlined the ambition to create the first ‘smokefree generation’ by 2022, with a plan to focus on prevention of smoking and reducing the uptake of smoking by young people. Their goal, through legislation against proxy purchasing (when an individual buys tobacco products on behalf of someone else), aims to reduce the prevalence of smoking in young people from 8% to 3% and in adults from 15% to 12% (1). The recent Tobacco Plan also includes actions on supporting established smokers to quit by providing resources and access to health professionals, and aims to eliminate the variation in smoking rates in different regional and socio-economic groups.

Jess is currently studying for her Masters in Public Health at the London School of Tropical Medicine and interning with C3 part-time. She qualified as a nurse in 2018 and is passionate about health promotion.
Share this: