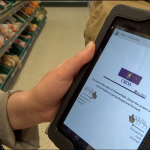 This blog was originally written for the CBC Digi-hub, a network for digital health professionals started by University College London’s Centre for Behaviour Change, C3 Collaborating for Health and the EU-funded project Credits4Health.

The places where we live, learn, work and play are known to have a profound impact on our long-term health. However, it is not always easy to assess just how conducive to good health a neighbourhood is, and it is even harder to know what to do to make it healthier. This is not simply about personal behaviour change: the council, town planners, health professionals, restauranteurs or shop owners all have significant influence over our everyday decisions – and can hugely help (or hinder) the healthy (or unhealthy) choices we make. This could be developing new cycle infrastructure, placing a bench in a local park, putting nuts and fruit by the till instead of chocolate, or adding salad options to a café menu.

However, many of the organisations with influence on our health may not appreciate the difference they can make, or the desire for these changes. So CHESS – Community Health Engagement Survey Solutions™ – works with local people to capture data about their environment, and harnesses their knowledge of their own neighbourhoods.* This provides a strong rationale to call on the organisations to make changes to the broader environment in which they operate, with resulting positive knock-on effects for individual behaviour.

The strength of the CHESS approach lies in its combination of digital data-gathering with face-to-face discussion. A bespoke mobile technology platform (an app for Android tablet) is used to map the assets of the community – walking around the streets, parks, shops and restaurants of a clearly defined neighbourhood, assessing physical activity and food options, and the prevalence of tobacco and alcohol. Crucially, local people take part in these walks, seeing their own community with fresh eyes. The mapping is then followed up with detailed discussion about the findings, providing a much more detailed layer of understanding of individual motivation and hopes for the community.

Once the data is gathered, a report is drawn up with recommendations for action: there is no point in auditing a community unless something then happens! Improvements can be cheap (replacing a basketball net) or even free (unlocking a play area):

It’s a good facility but it’s locked at certain times, which means people kick footballs on walls and estates, causing accidents like smashing a window. Young people want this open and no one seems to know why [it is locked], and it’s very frustrating especially on such a nice warm evening.

C3 Collaborating for Health has been using the CHESS™ approach in several London boroughs, and will shortly be launching a project in the north of England and Scotland – and it has had significant results. In north London, on the strength of C3’s recommendations, implementation funding of over £2 million was awarded to the council from Health and Wellbeing Boards and Sport England to improve physical-activity opportunities for young people. In east London, CHESS™ was a key part of Morgan Stanley’s Healthy London initiative to improve children’s health – and the resulting recommendations led to two new playgrounds being co-designed by local parents (improving what had been a physical-activity desert), and the provision of breakfasts for young children in schools.

Once people know what to call for, how to call for it and whom to ask, behaviour change can begin to take place. CHESS™ is a powerful enabler of this approach: using digital technology to gather data on the local barriers to individual behaviour change, and presenting this information in ways that catalyse organisational-level behaviour change, ultimately making it easier for people to make healthy choices.

Katy Cooper (www.katycooper.co.uk) is a consultant and writer on preventing non-communicable diseases through addressing the lifestyle factors of poor diet, physical inactivity and smoking. She has worked in this field for 12 years (until recently as assistant director of C3 Collaborating for Health), and she is now focusing particularly on the impact of the environment on health, notably the links between unhealthy lifestyles and climate change. She also has a strong interest in the human rights responsibilities of businesses, having worked as a consultant in this area at Maplecroft and for the International Business Leaders Forum, and as a volunteer at Amnesty International UK.