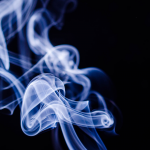 Watch our seminar recording of three leaders in tobacco control and prevention and their dynamic discussion about how Big Tobacco is capitalising on COVID-19 and what we can do. This seminar was part of London Global Cancer Week.

HRH Princess Dina Mired is a well-known passionate global advocate for Cancer Control and Non-Communicable Diseases and mother of a cancer survivor.

HRH Princess Dina was elected as President of UICC in November 2018. She was the first Arab to have been elected in in such a prestigious global post.

On Sept 2011, Princess Dina delivered, the keynote speech on behalf of all civil society on the opening of the United Nations General Assembly first ever High-Level Meeting on NCD’s. In 2018, Princess Dina was chosen again to speak at the third high level meeting on NCDs.

As Director General of the King Hussein Cancer Foundation(KHCF) in Jordan 2002 – 2016, Princess Dina established and led (KHCF) in Jordan for fifteen years transforming the non-profit into the most successful fundraiser for cancer control efforts in Jordan and an internationally known brand. Princess Dina is also a well-known fierce global advocate in the fight against tobacco.

Dr. Bronwyn King AO began her medical career working as a doctor on the lung cancer ward at the Peter MacCallum Cancer Centre in Melbourne, Australia. While doing her best to treat her patients (many of whom had started smoking in childhood) Dr King observed first-hand the truly devastating impact of tobacco – many deaths and much suffering. She was unaware that at the very same time she was investing in Big Tobacco via her compulsory superannuation (pension) fund. Tobacco Free Portfolios was set up in response to that uncomfortable discovery. Since then, Dr King has assembled an accomplished team that has been instrumental in advancing the switch to tobacco-free finance across the globe. Her 2017 TEDxSydney talk on tobacco-free finance has been viewed more than three million times.

Dr King is a former elite swimmer who represented Australia and for ten years worked as Team Doctor for the Australian Swimming Team. Dr King has received numerous awards in recognition of her unique contribution to local and global health.

José Luis Castro, FRSA is the President & CEO of Vital Strategies , where he has led a rapid expansion of Vital Strategies’ portfolio, working with governments to tackle the world’s leading killers, primarily in low- and middle- income countries. The organization now reaches into 73 countries and has touched the lives of more than 2 billion people.

Mr. Castro is a notable expert in global health and public health management. Under his leadership, Vital Strategies has led the design and implementation of several groundbreaking public health initiatives.

In October 2020, Mr Castro concluded his six-year term as the 8th Executive Director of The International Union Against Tuberculosis and Lung Disease . He established the renowned International Management Development Program (IMDP), which has trained more than 4,000 managers from 30 countries. In 2014, Mr. Castro co-founded the Global TB Caucus, an international network of over 2,300 parliamentarians from 132 countries, with Nick Herbert MP, to accelerate progress against the TB epidemic. This revolutionary initiative remains one of the world’s largest political networks dedicated to advancing a global health priority. Between 1993 and 2001, Mr. Castro provided technical, financial management and logistical assistance to the Indian government in establishing the largest tuberculosis control program in the world. During the largest outbreak of multi-drug resistant tuberculosis ever to occur in the United States, Mr. Castro helped build the program that is still the foundation for tuberculosis control protocol in New York City.

Mr. Castro served as the first President of the NCD Alliance from 2017-2019, a network of over 2,000 civil society organizations in more than 170 countries dedicated to combating the global non-communicable disease epidemic.

With thanks to our sponsors, the Burdett Trust for Nursing and Cancer Research UK.