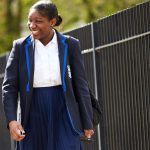 In 2017, C3 Collaborating for Health was commissioned by the Health Foundation to hold a series of workshops that brought together UK third-sector community-based services that support young people aged 14 to 24. The nature of locally-led action to support young people was the main topic of discussion and was examined in order to inform the Health Foundation of action that can be taken to improve the quality of life of young people.

The workshops were held in eight locations across the four countries of the United Kingdom: Halifax, Glasgow, Derry, Kent, Cornwall, Southwark, Leicester, and Swansea. These locations are known to perform poorly against a range of national averages of young people’s health and thus are more representative of young people who are in the greatest need.

Among the eight workshops, the top five responses for the primary health concerns of 14-24 year olds were technology and social media, mental health, obesity, body-image issues, and lack of cooking and budgeting skills. Other concerns that were also mentioned focused on risky sexual behavior, substance abuse and alcohol, and self-esteem. In regards to the drivers of ill health among young people, a consistent assertion at the workshops was that “ill health among young people is driven by dysfunction in wider society:  it is not the young people themselves who are to blame for poor lifestyle choices; instead, these choices are contingent on much deeper problems.” Family support, poverty and inequality, housing, education, unemployment, public health, sports provision, and the local environment are all determinants of ill health that cannot be solved by individuals in isolation.

In regards to barriers for implementing change, the workshops identified several challenges of the 14-24 year old age group as well as institutional challenges. For challenges of the age group, communication with young people, gender, complex needs of young people, and working with vulnerable groups such as refugees, LGBTQ young people, and victims of child sexual exploitation were all cited. Institutional challenges were even more prolific: funding, evaluation methods, pressure on staff, cuts to services, lack of integrated services, bureaucracy, barrier to partnership, communication with other providers, and more were all mentioned as difficulties that the third sector needs to overcome.

However, overcoming these barriers is possible. Flexibility, informal learning, and respect for the wishes of young people can go a long way when trying to communicate with them. Involving others such as family, schools, faith organisations, and GPs in initiatives can create a more holistic and well-rounded program. Finally, an enthusiasm for working together and joining forces and skills “to ensure that young people can access all the programmes they need” was regarded as a necessity.

The geographical settings of each location offers a particular set of challenges and solutions that may not translate across groups of young people or to different areas. Thus, Professor Harry Rutter’s comment about childhood obesity, that “the single most important intervention is to understand there is no single most important intervention” was just as relevant in the context of these workshops. One of the primary revelations that these workshops revealed was that any support to approach needs to be tailored to specific families or individual groups.

With that being said, there were still common conclusions that were made from all eight workshops. Mainly, there “is the need to heed and act upon repeated calls for more partnership working: joining-up thinking and integrating services, including better working between sectors, particularly between the third sector, the statutory sector and funders.” One of the most crucial findings was that in order for there to be more positive and sustainable change, funding needs to be longer term, more flexible, and increased in quantity.

Kelly Adam is a University of Notre Dame student who interned with C3 as part of her London study abroad experience.
Share this: