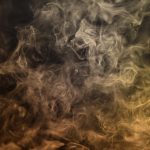 Although not as nationally renowned as Christmas or Easter, National No Smoking Day (11 March), is a day worth celebrating. Smoking has been a popular part of culture since its introduction to the market in the 1860s [1]. Nearly 13.7% of adults in the US [2] and 14.4% of adults in the UK currently smoke [3]. Vaping, on the other hand, is a much more recent cultural event, with the first vapes appearing on the market in 2003 [1].

As a 20-year-old student attending university in the US, I’ve been intrigued by the differences I’ve seen between smoking and vaping culture in the UK vs the US, especially concerning the advertisement of vaping. Here in the UK, e-cigarettes seem to be advertised largely as a healthier alternative to smoking and a way to achieve smoking cessation. In the US, however, the story is quite different.

I am the oldest of three, and so my two younger siblings are still in high school in the US. It seems that every time I go home, I hear new stories about how vaping has permeated the high school social atmosphere. In fact, 20% of high schoolers in the US now report regular vaping [4]. This fact, coupled with reports of e-cigarette or vaping-product-use associated lung injury, commonly known as EVALI, affecting thousands of people in America, caused me to be intrigued to know more about vaping and its consequences.

Can vaping really be used as a safe alternative to smoking? What is EVALI, and should UK consumers be concerned? To address these questions, let’s start with the basics.

When many people say ‘vaping’, they usually mean the more technical term, which is Electronic nicotine delivery system (END) [5]. ENDs are handheld devices that heat a liquid to create an aerosol that is then inhaled by the user. The most common forms of ENDS are e-cigarettes, vapes, or vape-pens, but can also include e-hookahs, e-pipes or e-cigars. They take many different forms, but most are shaped like pens, USB memory sticks, or cylinders. Most vapes deliver nicotine and other chemicals, but some versions also deliver THC (the active ingredient in cannabis), or other drugs.

This is where we run into some interesting differences between the US and the UK. In the UK, vaping has become approved to market itself as a method to cease smoking. In fact, in the UK 6.3% of adults reported that they currently vape, with about half of this population citing smoking cessation as the reason they vape [6]. A recent evidence review by Public Health England found that vaping could be contributing to 20,000 successful smoking quits per year! In the UK, only 5.2% of youth ages 16-24 report vaping [7].

The US, however, has a very different culture surrounding vaping. In the US, vapes are classified as tobacco products; therefore, they cannot be marketed as a smoking cessation tool. Facing marketing lockdown, vaping manufacturers used social media to make vaping look glamorous, targeting young populations, most of who had never smoked before. In the US today, 20% of high schoolers (ages 14-18) reported vaping at least once a week [4].

What is EVALI, and should we be worried?

In 2019, a concerning series of medical cases began to be reported in the US. E-cigarette or vaping-product-use associated lung injury, better known as EVALI, suddenly struck about 2,000 people in 22 states, with 42 deaths reported [4]. These reports included descriptions similar to pneumonia or the flu, including coughing, chest pain, shortness of breath, nausea, vomiting, and fever [8]. Because there is such a wide range of vape-products manufactured, several US states initiated an emergency ban of them. The UK has no reported cases of EVALI. So, what was causing all these deaths in the United States? After months of research, the Centre for Disease Control and Prevention (CDC) found that 89% of the cases were linked to THC vaping oils sold on the black market, which is extensive in the US [4]. So, it seems as if traditional vapes sold by name brands pose less threat for EVALI.

So… is vaping safe?

Even with the mystery of EVALI pretty much solved, vaping is such a new phenomenon that it’s impossible to draw conclusions on its safety due to a lack of long-term studies.

On one hand, e-cigarettes and other vaping devices do not contain tar, lead, arsenic or any of the other toxins present in regular cigarettes. Nicotine is still present in them, and although nicotine has been linked to increased risk for cardiovascular disease and abnormal brain development, it is not the main culprit in smoking-related diseases. One of nicotine’s main dangers is its addictive properties, and the amount of nicotine in e-cigarettes is still not regulated in the US – putting thousands of people (especially youth) at risk for addiction and future cigarette use [4].

Some short-term studies show dramatic increased lung function when smokers switch to vaping instead of smoking. However, if a non-smoker begins vaping, the health effects will be adverse. Vaping could increase the chance that a vaper will begin smoking later in life [5].

As of now, WHO does not endorse e-cigarettes as a method to quit smoking and especially cautions communities about the risk posed to youth who are non-smokers and are exposed to e-cigarettes [5].

If you are a smoker and wish to quit, there is still a plethora of places for you to go as well as vaping: nicotine patches, gum, pharmaceuticals, etc. The important thing is to encourage people to quit!

[2] Centers for Disease Control and Prevention (2018). Current cigarette smoking among adults in the United States.

[7] Office for National Statistics (2018). E-cigarette use in England.

[8] Prevention.com (2019) What is EVALI? Symptoms of vaping-related lung illness may feel like the flu.

Amanda is one of C3's spring 2020 interns while studying abroad in London, from the University of Notre Dame (USA).
Share this: