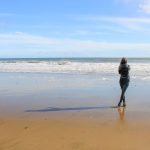 Because the menopause is so often misunderstood or overlooked, women going through it often don’t know how it affects their body, and that they may be at higher risk of developing non-communicable diseases (NCDs). This blog attempts to shed some light on the link.

What is the menopause?

The menopause is defined as the moment in a woman’s life when she has stopped having her period for 12 months [1]. The menopause typically occurs between the ages of 45 and 55 – the average age in the UK is 51. The menopause is cited as having at least 34 known symptoms, which include: mood changes such as depression and anxiety; physical changes such as weight gain, night sweats and hot flashes; and pain such as muscle cramps, joint pain and headaches. There is a wide variety of symptoms, and no two women experience the menopause in the same way.

NCDs, or non-communicable diseases, are the focus of C3’s mission. The four NCDs that we focus on are cardiovascular disease, cancer, type 2 diabetes and chronic lung disease. When looking at menopause, we were interested to see that there seems to be a link between the menopause and an increased risk of developing NCDs.

Age and the menopause

A 2017 cross-sectional study of 7,076 post-menopausal women in China found that the risk of developing type 2 diabetes was 21% higher in women that began the menopause later in life (53 years and over) than women who started the menopause earlier (aged 45-52) [2].

So, it appears that the age at which the menopause begins has some association with the risk of NCDs. However, correlation is not necessarily causation. So, what are the possible explanations for  the menopause increasing the risk of developing NCDs?

During the menopause, the amount of oestrogen in your body decreases and the amount of androgen increases. These hormonal changes cause variations in fat distribution in the body. Low oestrogen and high androgen levels associated with the menopause are reported to contribute to a 49% increase in abdominal fat and a 22% increase in subcutaneous fat compared to pre-menopausal women. This increased fat content  increases the risk of developing obesity diabetes and cardiovascular disease and is enhanced by risk factors associated with ageing, including a more sedentary lifestyle and a subsequent lowering of the basal metabolic rate (BMR) [4].

This, of course, doesn’t mean that you are doomed once you reach the menopause! As in all cases, the risk for developing NCDs can be lowered by addressing the risk factors associated with NCDs: participating in regular physical activity, eating a healthy diet, limiting alcohol and stopping smoking.

Amanda is an intern at C3 and studies at the University of Notre Dame, USA.
Share this: