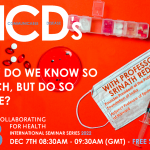 “NCDs: why do we know so much but do so little?”

C3 was joined by Professor Srinath Reddy, founder President of the Public Health Foundation of India, for our next international seminar. Professor Reddy is an Adjunct Professor of Epidemiology at Harvard. We discuss why and how we should effectively implement the knowledge we already have, to prevent and control NCDs. This requires a bidirectional relationship between knowledge and action. It requires multi-disciplinary collaboration and multi-stakeholder participation in the research process. Community engagement is pivotal. With NCDs being the leading cause of disability and death worldwide it begs the question with everything we know, why isn’t more being done? 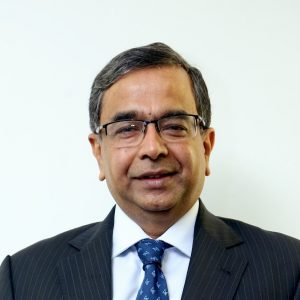 Professor Srinath Reddy is Founder President of the Public Health Foundation of India, where he is now Honorary Distinguished Professor. He formerly headed the Department of Cardiology at All India Institute of Medical Sciences, New Delhi. He was appointed as the First Bernard Lown Visiting Professor of Cardiovascular Health at the Harvard School of Public Health in (2009-13) and presently serves as an Adjunct Professor of Epidemiology at Harvard (2014-2023).He is the first Indian to be elected to the National Academy of Medicine, USA  and was President of the World Heart Federation (2013-15). He was awarded Padma Bhushan by the President of India in 2005.  He is also an Advisor to the Governments of Odisha and Andhra Pradesh on Health with the rank of a Cabinet Minister.