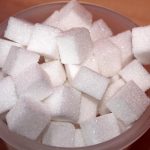 The UK needs less and dearer sugar. New calculations for this briefing show that the country should reduce sugar consumption by at least two-thirds. Reductions on this scale will not be achieved by edicts to cut the amount people eat.

The official dietary recommendation is that sugar should account for no more than 5% of daily calories, roughly 7 teaspoons. Achieving this goal requires action on production as well as consumption.

Policymakers need to develop new policies on agriculture and trade, to cut supply as well as demand. The UK needs to reduce how much sugar it grows and imports.

This paper proposes concrete measures to reduce the availability and raise the price of sugar — targeting the  sugar-using industry rather than farmers or consumers.

Brexit creates the opportunity to act. The UK must legislate its own agriculture regime to replace the European Union’s  “Common Agriculture Policy “.

Whitehall knows this full well. DEFRA’s current white paper “Health and Harmony” lists improving public health as one of its future goals. Reducing sugar production is the perfect test of its good intentions.

The goal can be achieved by initially re-establishing the long-standing quotas on UK sugar beet production and the price paid for it.

Then, year-by-year, the quotas would be tightened and the wholesale price of sugar to large industrial buyers raised incrementally.

Large food manufacturers are the principal targets for these two policies — the 100+ companies that regularly buy 10,000 tonnes or more sugar every year.

Farmers need not suffer from these proposals. The support payments that beet growers currently receive could be used to help these same farmers grow healthier crops or develop local rural industries.

Consumers need not suffer either. In any product, sugar is a relatively cheap commodity. So the increased price would not even register on the weekly shopping bill.

Government itself would also benefit. It had success with its soft drinks levy.  But imposing levies on the whole range of popular sweet products might not be so acceptable. Raising the price of sugar through agricultural policy would be a less visible, more politically acceptable route to follow.

More importantly, it would end the contradictions in current UK sugar policy. At present, DEFRA is trying to raise the production of sugar, while Public Health England is trying to reduce its consumption.

The proposals in this paper would create a “joined up” sugar policy for the UK.

The full Food Brexit Briefing can be downloaded from the Centre for Food Policy’s Food Research Collaboration: https://foodresearch.org.uk/download/14189/