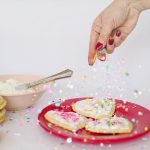 Since its creation in 2006, BuzzFeed has grown into a social media empire. While they may be known for their colourful, addictive quizzes filling millennial’s free time with pop culture, they are also capitalising successfully in the food media industry with newly-acquired Tasty videos.

Facebook, Instagram, and Snapchat are all teeming with the 60-second Tasty videos, shot from directly above a cooking demonstration. The videos have struck a chord with the psyche of youth and young adults alike, as they enthral viewers with sped-up recipes from start to finish, involving melted cheese, gooey chocolate, and many pull-apart bread visuals. Since its inception, Tasty now sells cookware and cookbooks, and it has expanded to include Tasty Junior, Tasty Vegetarian, and Proper Tasty. [1]

In 2017, the “hands and pans” approach had already captured the attention over 500 million hours of viewing. Collectively, viewers have shared Tasty videos on social media over 800 million times. [2] Undoubtedly, Tasty is producing some of the world’s most popular digital content. [3] So, has the social media world all suddenly taken a real interest in cooking? How are these videos affecting food choices and nutrition awareness? Are people cooking more as a result of this fad?

To answer these questions, many argue that Tasty is “akin to visual music” rather than a practical digital cookbook. [4] Its repetitious, layering, sped-up algorithm under the pretence of “cooking” is a visually soothing to viewers. Scrolling through social media, Tasty is a thumb-stopper: what may have started as a distraction is now a viewing addiction. Tasty knows what it’s viewers prefer, and they are constantly toying with little differentiations in recipe presentations to see what draws people in. In this sense, they are selling entertainment. Entertainment rooted in cooking is not a first. Tasty is the cutting edge of food in digital media.

Regardless, how is Tasty changing the way people eat and cook? In studying the behavioural outcomes of watching Tasty videos, it was found that such videos are rarely educational or used to imitate in one’s own cooking. [5] Rather, Tasty videos may influence cravings and food choices. Given that 8 of their top 10 videos contain more fats, carbs, and calories overall than a McDonald’s double cheeseburger, watching Tasty videos could lead people to making unhealthy choices. [6] Another study correlated higher BMI’s with those who obtain recipes from digital food media. [7]

Given Tasty’s young age, its influence on health has not been properly studied, and we do not know if food media supports health food choices. Little to no insightful studies have been concluded in relating nutritional choices to viewing Tasty videos. However, given the generally unhealthy recipes that make for such visually addictive content, there could be a profound impact these videos are having on influencing viewers food choices. Providing nutritional information at the beginning or end of videos could be beneficial to a viewer’s understanding of the nutritional value of the food cooked for entertainment. Tasty’s videos may be tasty, and they may inspire people to cook when scrolling through social media, but the effects of obsessing over these videos may actually negatively steer viewers towards unhealthy food cravings and choices.

[5] Osgood, Nicole A. “Finding the Purpose of Tasty Videos According to Social Media Audiences.” Elon Journal of Undergraduate Research in Communications, vol. 8, no. 2, 2017.

[6] Frisch, Ian. “Here’s How Many Calories There Are In The Top Facebook Video Recipes.” Vocativ, Vocativ, 17 Feb. 2016, www.vocativ.com/news/286119/food-porn-recipe-video-calorie-counts/index.html.

Charlotte interned with C3 for spring 2019. She is in her third year studying biochemistry with a minor in Italian studies at the University of Notre Dame, Indiana.
Share this: