What are Ultra Processed Foods (UPFs)?

There’s an easier way for you to tell though, if you can make it in your kitchen, it’s probably not a UPF, if you can’t then it probably is. Prime examples of UPF’s are fizzy drinks, crisps, ham, and even some breakfast cereals.

From stabilisers used to extend sell by dates, to adding carbonation (that’s what makes your fizzy drink fizz!), the process requires highly complex machinery in a factory. UPFs are made from food-derived substances, along with additives that increase their appeal and durability. In fact, according to global food research UPFs are not even classified as food but rather ‘edible products’.

Why are we eating and drinking so many UPFs?

Unfortunately, UPFs tend to be cheaper than fresh food, last longer, and some can be more appealing due to their high sugar content. UPF’s make up nearly 90% of the energy we get from added sugars. Whenever we have sugar, it releases dopamine, giving us a “rewarding” feeling, and many UPFs consist of enough sugar to more than fulfil our daily recommended intake. As such, it makes sense that there has been an increase in the amount we eat and drink. Some UPFs are considered so unhealthy that they are banned in over 100 different countries.

The over consumption of UPFs used to be an issue found mostly in lower socioeconomic groups in higher income countries. The ease of picking up something low in cost, easy to transport and store for a long time is hard to pass up for those on a limited budget or working long days. However, these ‘edible products’ have started to flood into low- and middle-income countries as well, contributing to higher rates of obesity and metabolic disorders. Research has found a strong link between high UPF intake and certain chronic diseases (NCDs) including but not limited to, type 2 diabetes, depression, and heart disease. Moreover, a diet high in UPFs has been shown to directly cause greater calorie intake (up to 500 kcal more daily) increasing the chances of certain health risks like being overweight, and living with obesity. As such, we now have a situation where we can be malnourished not through lack of food, but through an excess of empty calories.

What Is Being Done?

Chile has put in place the most comprehensive set of policies to date aimed at improving diet and reducing chronic disease. In 2016, the rate of obesity had doubled since 1980 in Chile. The government decided to take radical action and implemented policies strongly supported by scientific evidence. They banned marketing of unhealthy foods to children, prohibited their sale in and around schools, and stamped a large black warning label on the packaging of foods high in sugar, trans-fat, salt or calories. At the same time, public programmes were implemented to promote healthy lifestyles. These programmes aimed to change people’s behaviour, taking into account their local area and their access to opportunities to live healthier lives such as, affordable healthy food and spaces to be physically active.

Similar policies have been adopted in other cities and countries as well. Barbados has employed a ‘sugar tax,’ and San Francisco a “soda tax,” these are essentially up marks on the price on sugary foods and drinks in order to deter people from buying them. The U.K. had planned to introduce restrictions on UPF marketing to children in 2024. TV advertisements would no longer have been allowed to display “junk food” adverts before 9pm. However, these plans have since been delayed

Structural, local, community, and culture-based interventions are required to create sustainable change. The WHO recommends clearer labelling of foods’ nutrition benefits, decreased opportunities for marketing UPFs, and increased education to the people most likely to consume them. At C3, we are committed to creating sustainable change by prioritising local and community voices. C3 is part of ASPIRE, an EU project that works to improve obesity and unemployment rates in communities in France and England. C3 has performed CHESS walks in seven towns in England and France. This allowed residents to survey their local area, and then create community plans such as, ‘grow your own, eat your own initiatives’ and healthy cooking classes, to improve their access to healthy foods and opportunities for physical activity. Read more about C3 and the ASPIRE project.

If you enjoyed this you may also like our seminar ‘What’s the deal with sugar?’ and our blog ‘Climate Change and NCDs.’ 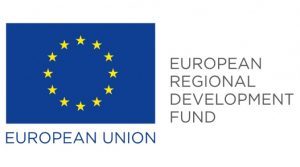 Nathalie Vauterin is a nutritionist and is associate in nutrition at C3. She has completed her Master’s in Nutrition and Eating Disorders with a public health orientation at UCL’s School of Medicine. Nathalie works with adults, teenagers and children with weight and health issues, supporting them to thrive in an obesogenic environment to make sustainable lifestyle changes. She has also led various workshops for NHS-funded programmes in various primary schools with parents and children on healthy eating and physical activity. She currently works in a London clinic and at the French Dispensary (DF-SFB) in Hammersmith.

Linda is a current graduate student in the Masters of Global Public Health Program at NYU. She hopes to continue her public health work with non-profits and non-government organizations after graduation. For the summer, she is working with Nathalie to analyse post-Brexit effects on cost of food and living across different socioeconomic groups in London. When she's not working, she likes to stop strangers to pet their dogs, catch a cheap West End show, and listen to true crime podcasts
Share this: