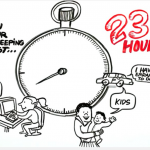 What can physical activity do for me?

When England’s Chief Medical Officer said ‘if it was a pill, physical activity would be the miracle drug’, she wasn’t exaggerating. Some of the benefits of being active – for just half an hour or so a day – include:

And physical inactivity doesn’t just take a toll on human wellbeing: it is eye-wateringly expensive. A recent study in The Lancet estimates that it costs health-care systems $53.8 billion a year, with deaths adding a further $13.7 billion in lost productivity.

One of the mechanisms through which physical activity improves health is by reducing blood pressure and, as this blog will be published to coincide with World Hypertension Day (17 May), this is a good excuse to go into more detail on this serious health concern.

Hypertension is a risk to health because it puts strain on the heart and blood vessels, increasing the chances of heart attack, stroke and kidney disease – and the risk is even greater if there are other underlying conditions such as diabetes. It is estimated that about half of people who have a first heart attack and two-thirds who have a first stroke have blood pressure above 160/95mmHg, and people with high blood pressure are 2–3 times more likely to develop heart failure.

Regular physical activity strengthens the heart, enabling it to pump more blood with less effort – this reduces the force on the arteries, and lowers blood pressure. The benefit is seen within a few weeks of becoming more physically active (although you have to keep active for the benefit to continue).

Being active can reduce systolic blood pressure by around 5–10mmHg (as effective as some medications, and meaning that many people will not have to take additional drugs). To put this in context, a reduction of 12–13mmHg in systolic blood pressure could reduce strokes by over a third, coronary heart disease by a fifth, and death from cardiovascular disease by a quarter.

However, globally, 31 per cent of us don’t reach recommended guidelines on physical activity, strength and balance – and the figure is much higher in some countries (almost 40 per cent in the UK). Too often, being physically active isn’t the default choice in places where we live, work, learn and play. We need to make it easier to be active – easier for everyone, but particularly for the most vulnerable, including children and adolescents, older people, people living in low-income areas (this is a social justice issue: we should all have access to green space), and people with disabilities (in the United States, people with disabilities are twice as likely as the rest of the population to be inactive).

If you want to read more, a 2012 report by C3 Collaborating for Health sets out not only the benefits of physical activity, but also case studies of ways in which we can begin to create more activity-friendly environments.

And now … why not go for a quick walk?