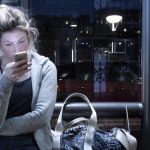 This post was written by Tavia Hunter, who completed her work placement through a week at C3. Interested in interning with C3? We’re hiring! Keep posted for more information.

What is social media’s impact on young people?

I’ve been working with C3 for my work experience and while I’ve been here I have considered many areas around the topic of social media and health. Is it a good thing for young people, and what impact has it had on people’s everyday lives and health? I’ve been able to use some knowledge I have gained this year while studying for my sociology A Level, having looked at how social media has caused a breakdown within the family.

Social media has changed society as it has increased in popularity over recent years. Young people can learn, develop new skills, keep in touch with friends and make new ones. However, there are always risks involved and these are not always recognised by young people, particularly those who are just entering their teens and might not have had much exposure to social media.

From my research I have observed that cyberbullying is a common occurrence which seems to be a high risk for most young people. For example, young people who are 16+ might be more inclined to not put themselves in a vulnerable position on social media platforms as they are more aware of the risks already and will, for example, block bullies or ignore them. Whereas people who are younger are only just entering the world of social media and aren’t aware of the risks it can pose and how they can be an easy target for cyberbullies.

Within my sociology studies we have looked at the changes in the family between parent and child because of social media. Children are now getting their socialisation from the internet and the communication within the family breaks down as children will spend over an hour entertaining themselves through Facebook, Instagram, Snapchat or Twitter.

In relation to C3 and its aim to improve health, the impact of social media can be seen to have a negative effect on health. 37.3% of 15-year olds in the UK can be classed as ‘extreme internet users’ spending more than six hours online in a day.

A majority of this time will be spent inside so they aren’t allowing time for any physical activity whether it be to go for a walk or run etc. In the long term, this could have a significant impact on a young person’s health as it may increase poor health choices as screen time displaces physical activity (read C3’s post ‘Physical activity: the miracle drug’). In addition, the advertisement of junk food and drink through social media platforms is promoting an unhealthy diet.

I wanted to know whether social media affects girls more than boys and whether that difference had been recognised. Being myself part of the younger generation, I feel girls might be affected more due to unrealistic images posted by celebrities, and a desire to live up to those expectations. Social media can also feel like the place to gain popularity. A study of 1,303 U.S. 13-17 year olds showed that 90% of them use social media daily, and when it comes to gender:

This study indicated that girls are more concerned with popularity; however, it was found that girls are more likely to complain of loneliness as they spend increasing amounts of time on social media. This can effect mental health significantly. Last year 4,063 UK children called Childline for counselling around feelings of isolation.

Tavia interned with C3 Collaborating for Health over the summer of 2017.
Share this: